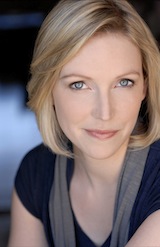 Colleen Hartnett is a Meisner trained actor working out of Phoenix and Los Angeles. She has a 16 year background in theatre, and has more recently been working vigorously in the Phoenix independent film industry. She has starred in the award winning short films The Memory Ride, A Day On Bleaker Street, and Afterword. In 2004 Hartnett was introduced to the Meisner approach, and from that day forward nothing else ever made as much sense. Her Meisner credits include study at Playhouse West in Los Angeles, private study with Lyralen Kaye in Boston, and she is now an alumni of the Kevin R. Phipps Meisner Program in Phoenix. For her there is no greater feeling in the world than living truthfully, uninhibited, and in intimate connection with another human being while in the moment of the life she is given to live.